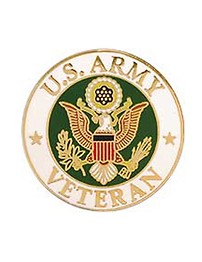 At the age of 13, he proudly joined the National Guard and then graduated from Baker High School in 1958. He then went on to serve his country (for three years, two months, and 24 days as he often would note) as an E4 specialist in the United States Army. When he returned home, he attended Eastern Oregon University (EOC at the time) and then Portland State University, where he graduated in 1971.

Gary married Patricia Barsotti in 1972, and together they had three children and eight grandchildren. He worked as a bank manager, loan officer, and eventually in bank administration for over 30 years at Pioneer Federal Savings & Loan (and then Pioneer Bank). In the last ten years of his career, he worked as an appraiser for Baker County and happily retired in 2007.

Gary enjoyed participating in all activities that involved him spending time with his family and friends. He was an avid reader; he loved camping and playing cards with his family. Many a cribbage game was played during the family’s camping trips. Gary’s children grew up with a love of camping and the woods due to his love of exploring his beloved Baker County. A general love of games was also instilled in his kids and carried through to his grandchildren as well.

Gary also loved his canine companions and had many over the years. Each of the family dogs became a part of his family, but none more so than his beloved Louie.

He was known by all his friends and family for his mischievous but fun nature. He liked to tell jokes and was a bit of a prankster; he was lovingly known as “grumpy grandpa,” but we all knew that his grouchiness was just his hard outer shell, and underneath, he was an extremely loving and supportive husband, father and grandpa.

Gary was also a proud member of the VFW Post #3048, where he was very involved and helped run the post as well as the community Veteran’s Memorial Club. Earlier, he had also been very involved in the Elks and Lions Club during his career. Gary was predeceased by his parents, Roy and Ruby Young, his uncle Jack Sinclair, who died in WWII, and his beloved dog, Louie.

Gary is survived by his wife, Pat Young, and his proudest accomplishments - his children, Anne (Barry) Nemec of Baker City, Craig (Leslie) Young of Eugene, and Chris (Amy) Young of Baker City; his grandchildren, Isaac, Isabella and Lincoln Nemec, Jackson, Lauren and Benjamin Young, and Otis and Zea Young; his sister, Donna Nelson of Hines, Oregon; and his aunt, Margie Toney of Haines, Oregon.

A celebration of Gary’s life will be held at the Veteran’s Memorial Club on Nov. 26, 2022, from 3-7 p.m. Memorial donations may be made in Gary’s name to the VFW Post #3408 to help support Baker County youth activities.

To send flowers to the family or plant a tree in memory of Gary Lee Young, please visit our floral store.